*Jimmy Alexander would stand up as he'd nod at the senators before speaking.*

Thank you, senator Freeman for successfully conducting your duty of a chairman of your committee. Unfortunately, The Democrats are falling apart, where is the replacement for Tyler Shore and why is he or she not doing a single thing in the committee he or she is supposed to lead?

Another question, where is Lieutenant Governor my fellow senators, he is a Democrat as well. The bill we voted over 6 weeks ago is still on the table!

Is this senate even needed if only a handful of us is doing our duties? Is this why we're getting paid?

I would love to get some answers here!

*Jimmy Alexander would take a look at Joshua Thorpe before sitting down.*
Top

Richard Faulkner stands, he speaks authoritatively into the microphone, glancing at his fellow senators.

Senator Alexander has raised some valid concerns. I will not elaborate further as he has said everything I wished to say already.

Recently, the senate was contacted by a one Michael Wells of the San Andreas County Sheriff's Office Parking Enforcement Unit. Mr. Wells sent us a well worded letter detailing how he took issue with our lack of notification when it comes to parking regulation. Illegal parking has, according to him, become quite an issue as we have not provided signs or any other form of notification as to where someone may or may not park. I conducted a brief investigation of the roads upon which drivers may not park their vehicles, and I can say with confidence he is correct. There are no signs or other signals that instruct a driver not to park on specific roadways, which becomes an issue when many common folk, myself included, are not always one hundred percent familiar with current parking regulations. I myself had to dig through a government website to locate an outdated document on where I could park, and also located other issues within the parking code. As such, I introduce to all of you the San Andreas Parking Regulation Act of 2019, which will alleviate the tediousness of the San Andreas State Parking Codes.

Unassigned
An act to amend the current parking codes of San Andreas
THE PEOPLE OF THE STATE OF SAN ANDREAS DO ENACT AS FOLLOWS:

Section 1. SHORT TITLE Section 2. DEFINITIONS Section 3. PURPOSE Section 4. PARKING CODE AMENDMENTS
Any roadway in the state of San Andreas that is labelled a no parking zone must contain a clearly visible no parking zone notification.

Any citizen whose vehicle is impounded or ticketed wrongfully in accordance with this bill may be entitled to financial compensation by means of a civil suit against the issuing agency.

Dillimore Main Street shall no longer be considered a no parking zone.

Route 48 within Blueberry shall no longer be considered a no parking zone. 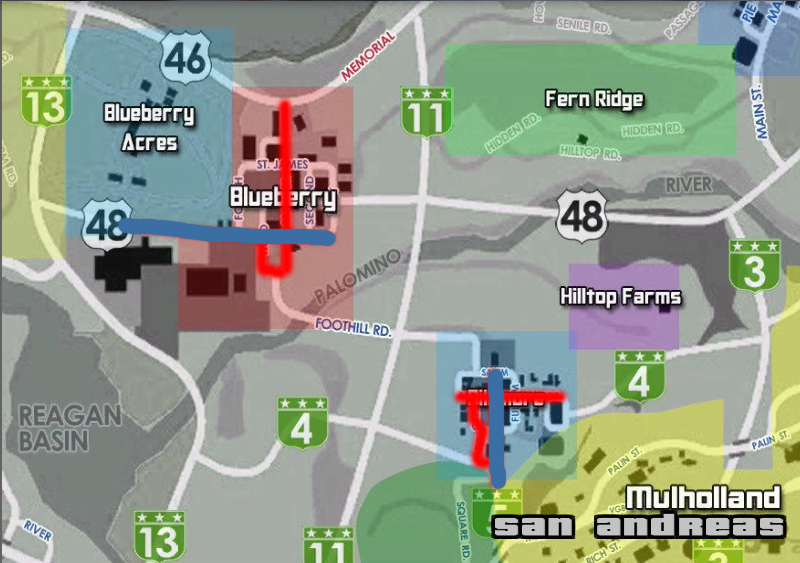